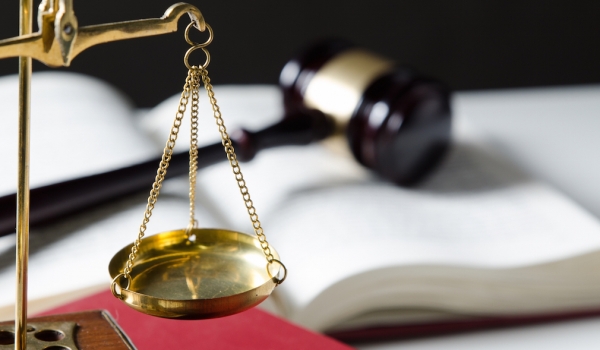 The former bass player in The Ataris, a rock band that gained notoriety with a 2003 cover of Don Henley’s “The Boys of Summer,” admitted in court late last week that he spearheaded a massive real estate scam that defrauded more than 100,000 people nationwide out of more than $25 million.

According to the U.S. Attorney’s Office for the Southern District of Illinois, Michael Davenport, who was The Ataris’ bassist from 1998 through 2005, pleaded guilty last week to a charge of conspiracy to commit mail and wire fraud.

As part of his plea, Davenport admitted to owning and operating a California-based telemarketing business that supposedly offered prospective renters and homebuyers access to homes for sale or rent on the cheap. All they had to do to get access to the homes was pay a $199 fee to Davenport’s company.

But, in reality, the houses in question either did not exist or were not actually for sale, and the prospective renters and buyers were out their $199 fee.

According to court documents, Davenport’s company changed names several times during the course of the scheme, which ran from 2009 through 2016.

As part of his guilty plea, Davenport admitted that his company posted ads on Craigslist advertising certain houses for sale or rent. People who responded to the ads were told that they’d need to buy the company’s list of houses before they could see any additional information about the properties.

Consumers were also told that the houses on the American Standard’s list were in “pre-foreclosure,” that they could buy the properties by simply taking over the existing homeowners’ mortgage payments, and that the deeds to the homes would be transferred into their names.

The $199 fee the company charged was supposedly used to cover the cost of title searches and deed transfers. Regardless of what part of the country the person lived in, American Standard’s salespeople told them that the list contained numerous pre-foreclosure properties available in their area.

After people paid the $199 fee, they soon learned that the houses on American Standard’s lists weren’t actually available to buy or rent. In fact, a “substantial” number of the addresses on the list were fake, or there simply wasn’t a house at the location.

In other cases, the houses weren’t in “pre-foreclosure” or any other form of financial distress and were not available for purchase at below market value, as American Standard had presented them to be.

According to the court documents, when customers asked an American Standard customer service representative about a specific house on the list, they were told that the house wasn’t available anymore.

All in all, American Standard defrauded more 100,000 people, spread across all 50 states, out of more than $25 million.

Davenport is due in court on Dec. 28, 2018 for sentencing. Under federal law, because the crimes involved telemarketing and victimized 10 or more people over the age of 55, Davenport be sentenced to as much as 30 years in prison and face a fine of up to $250,000.

Davenport may also be ordered to pay restitution to his victims. Davenport’s plea agreement requires him to forfeit $853,210 taken from his merchant processing accounts, as well as $79,000 in cash that was seized in July when he was trying to board a plan in Little Rock, Arkansas.

Earlier this year, three of Davenport’s former employees also pleaded guilty to participating in the conspiracy. Mark Phillips and Semjase Santana were salespersons at American Standard’s headquarters in Santa Barbara, California, and Carlynne Davis was a salesperson in the company’s Lompoc, California, branch office.

All three are currently awaiting sentencing.

To own or not to own in retirement?

Consumers can now freeze their credit for free