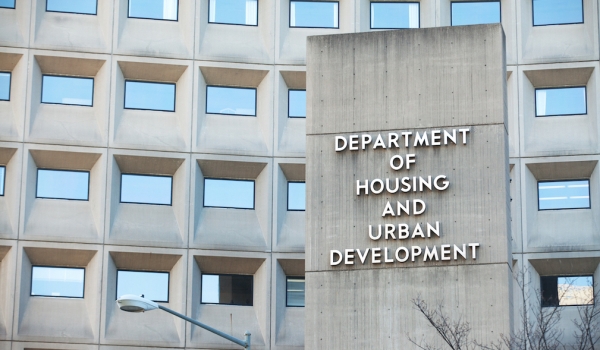 Today, the Department of Housing and Urban Development announced it is moving forward with its goals of “streamlining” the controversial Affirmatively Furthering Fair Housing Rule by inviting public comment on proposed amendments to the rule.

The embattled regulations were originally enacted by the Obama administration in 2015 to assess and encourage diversity in communities receiving HUD funds across the nation by ensuring that there was no racial bias occurring in their housing initiatives.

Back in July of last year, a letter asking for the repeal of the AFFH Rule backed by nearly 20 Republican members of Congress got this ball rolling and gave Carson the support he needed to start the “streamlining” the rule. Here is an excerpt from the letter stating the Republican position.

As we have already witnessed, this rule disproportionally places a heavier burden on smaller communities who could be denied funds unless they make radical, sweeping changes to their well-established zoning laws that are compliant with the Fair Housing Act.This rule simply represents a continuation of the previous administration’s radical pursuit of using disparate impact theory to punish communities that are not as demographically diverse as they would have wished.

Shortly after this, Carson eliminated the Local Government Assessment Tool, the software used to report and assess compliance with the AFFH Rule, which fair housing advocates said effectively gutted the act.

Carson's impetus for his actions revolves around doubt that the AFFH Rule is actually serving its intended purpose. He and HUD hold that the AFFH is failing due to inadequate community participation; insufficient use of local data and knowledge; lack of regional analysis; problems with identification of contributing factors; prioritization of contributing factors; problems with setting goals; and inadequate responses due to duplication of questions.

According to HUD, over a third of the submissions under the rule did not pass, which it holds is a fault of the rules rather than of the municipalities in question.

“What we heard convinced us that the Assessment of Fair Housing tool for local governments wasn’t working well,” HUD said in a statement.

“In fact, more than a third of our early submitters failed to produce an acceptable assessment—not for lack of trying but because the tool designed to help them to succeed wasn’t helpful,” it continued.

In response to what they said amounted to HUD’s sudden and illegal gutting of the AFFH Rule, several cities, states and fair housing advocates banded together and sued HUD saying that it was unlawful to take such action against the AFFH without advance notice, public input or plausible reason.

The state of New York’s lawsuit argued that HUD’s actions violated the Administrative Procedure Act because of the following:

Today’s announcement seems to be a conciliatory move meant to address those allegations as HUD is now seeking public input on the future of AFFH, but Carson still seems dead-set on his current course of action, rolling back regulations in hopes that it will stimulate the construction of affordable housing.

“It’s ironic that the current AFFH rule, which was designed to expand affordable housing choices, is actually suffocating investment in some of our most distressed neighborhoods that need our investment the most,” Carson said in today’s statement.

“We do not have to abandon communities in need. Instead we believe we can craft a new, fairer rule that creates choices for quality housing across all communities. Today we begin the formal process of examining how we can get this regulation right by first listening and learning from those who must put these rules to work and live with its impact,” he added.

As HUD begins the process of amending the existing AFFH regulations, it is soliciting public comment on changes that will minimize regulatory burden while more effectively aiding program participants to meet their statutory obligations; create a process focused primarily on accomplishing positive results, rather than on analysis; provide for greater local control and innovation; seek to encourage actions that increase housing choice, including through greater housing supply; and more efficiently utilize HUD resources.

Part 2: The fallout of the Bank of America vs. City of Miami decision